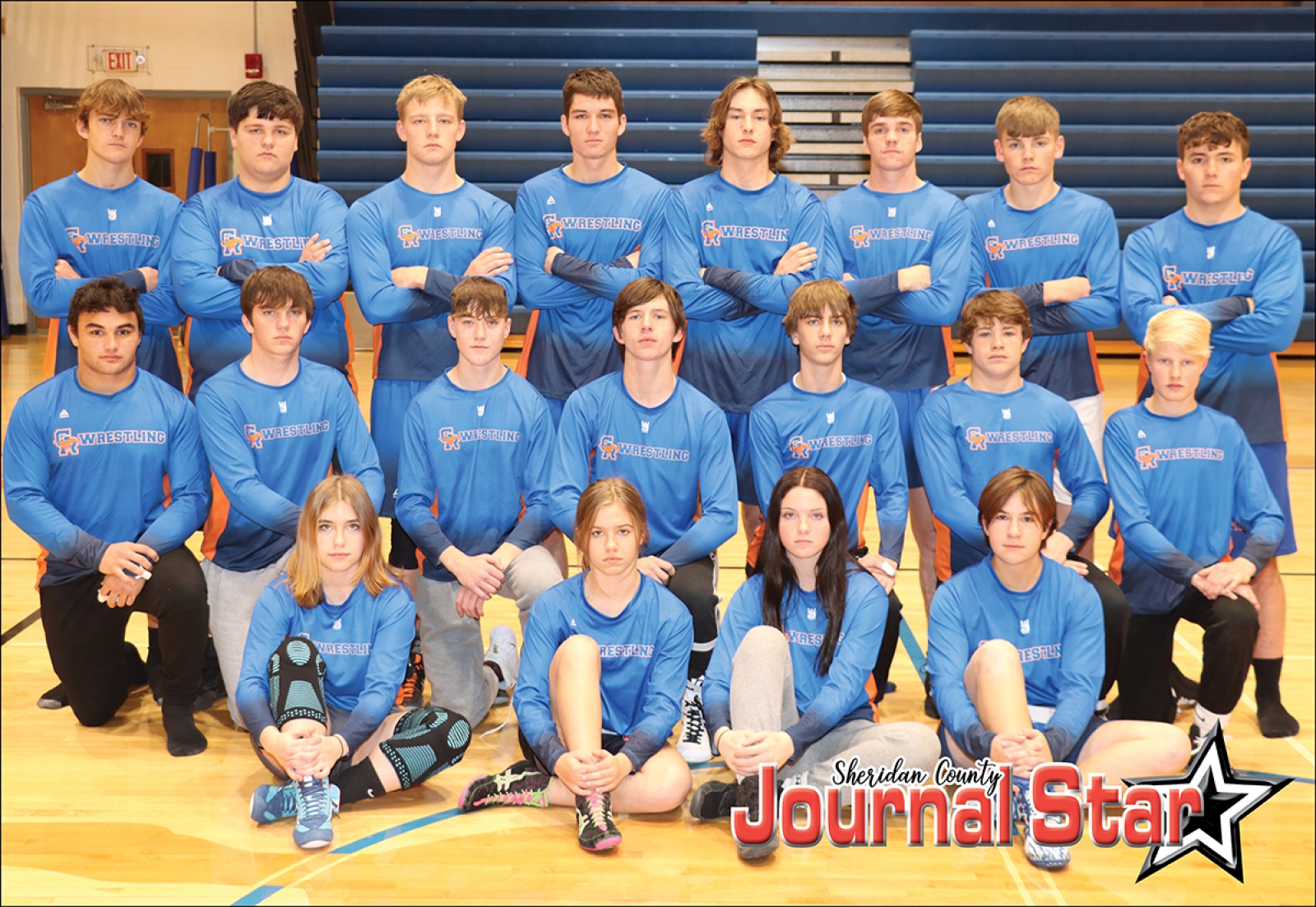 For longtime wrestling Coach Ward Wacker and the Gordon-Rushville Mustangs, there is going to be plenty of bodies in the wrestling room this winter.

A large contingency of returners will once again wear the blue and orange and a large influx of underclassmen are looking to get their first taste of high school wrestling as well.

Joining the boys this season are four young ladies as well, creating the largest girls team in school history.

Leading the charge for the team is a

A group of seniors six men strong are set to embark on their final basketball season with one goal in mind: the State Tournament.

The Mustangs 2021-22 season ended in Broken Bow, Neb. at the hands of Fort Calhoun in a District Final.

The sting from that loss and coming up a few points short is one of the driving forces for this group who have played together since they were in the fifth grade.

The seniors on the roster are Ellis Livington, Jace Nelson, Michael Perez, Logan 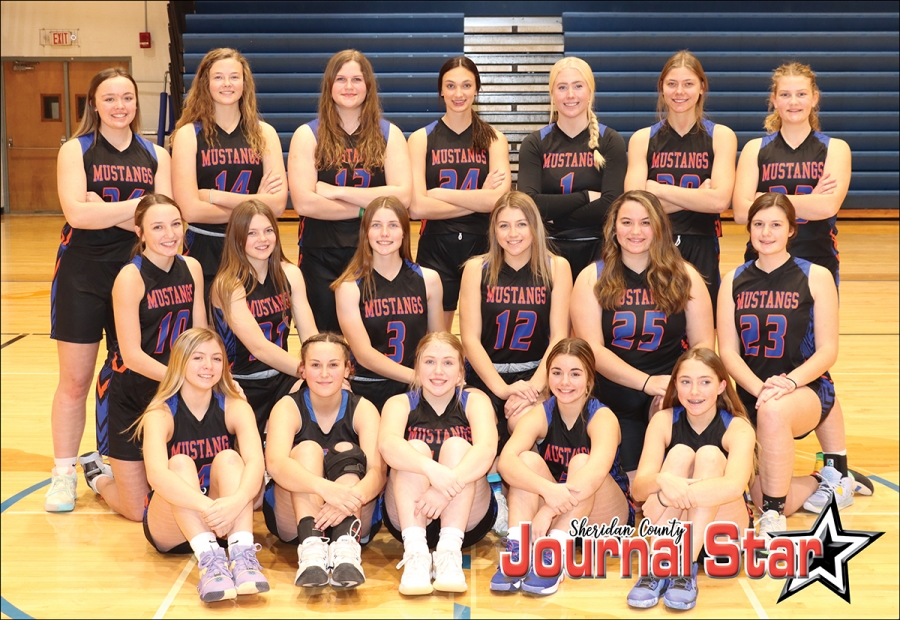 Things are going to heat up once again at Gordon-Rushville High School as the Girls basketball team is set to take the floor in 22-23.

With no seniors on last year’s roster, the Mustangs return every player, and add a few new ones as well, to their roster that posted a 19-7 record and advanced to a District Final.

“We have a tough schedule this year,” said Head Coach Randy Hurlburt.

“The Western Trails Conference (WTC) portion of the schedule will 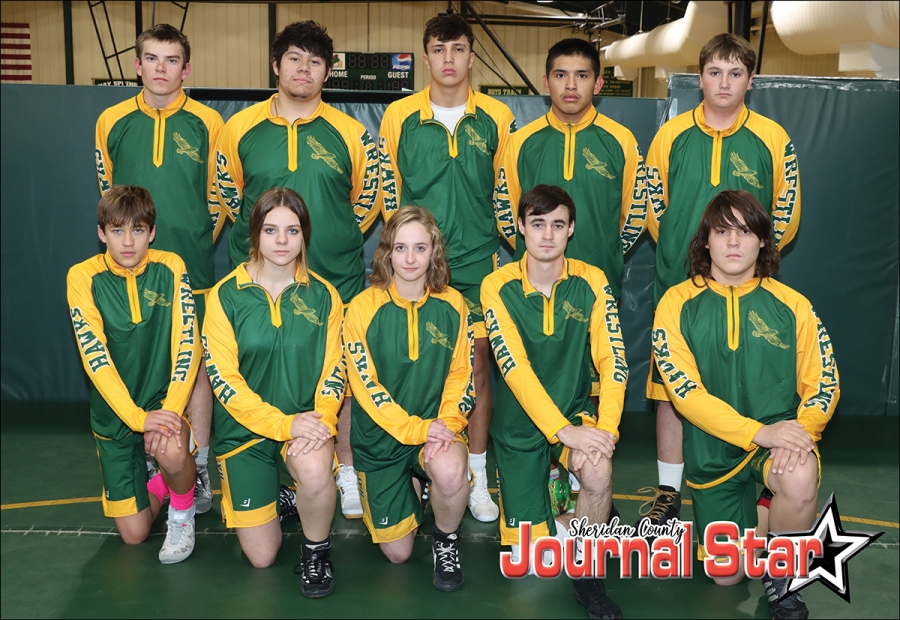 The wrestling room at Hay Springs is quite full as they head into the 2022-23 season.

Eleven student-athletes are participating this Winter, with four of them bringing experience from the season prior.

“I believe Wesley Jacobs is on track for another great season,”said Head Coach Chuck 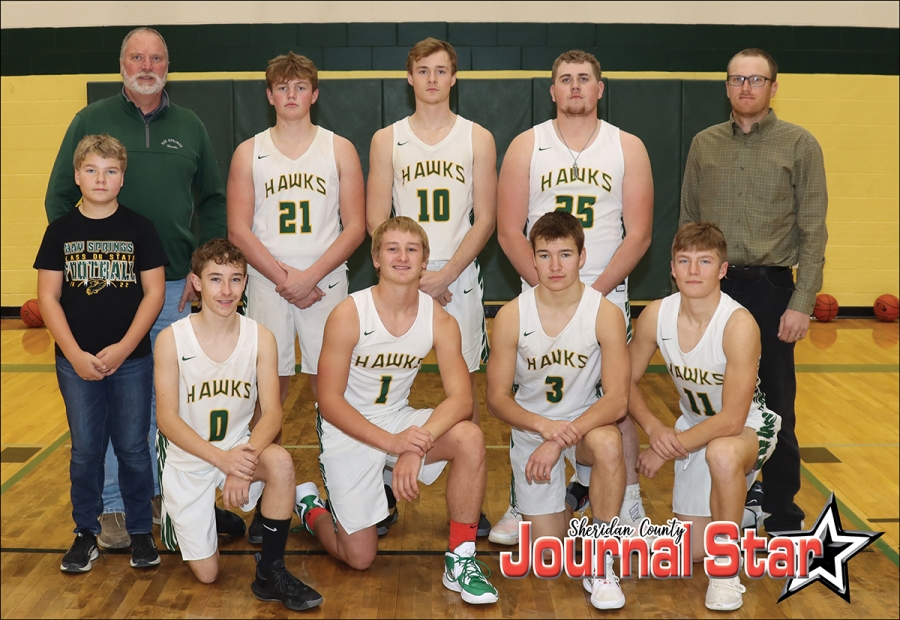 While the numbers are not soaring through the roof for the 2022-23 Hay Springs Boys Basketball team, the expectations for success are still present.

A big reason for those expectations ride on the shoulders of junior Gage Mintken.

Mintken is the leading scorer from the team last season, averaging 12.9 points per game as a sophomore.

The 2022-23 season for the Hay Springs Hawks Girls Basketball team is set to tip off on Friday, December 2 in Cody-Kilgore.

And for Head Coach Ron Olson and the Hawks, they will run out an impressive lineup that will look to improve upon the 6-17 record from the year previous.

Leading the charge on the roster once again this season will be the returning leading scorer, senior Samantha Toof.

Toof averaged 15.0 points per game as a junior, pouring in a total of 346 points in

The September Treasurer’s Report was approved by the

Three students were inducted into the prestigious group in a ceremony held in the gymnasium.

The NHS is a nationwide organization for high school students in the United States and outlying territories, which consists of many chapters in high schools.

The selection to NHS is based on four criteria. They are scholarship (academic achievement)

“Her skills and instinct have expanded exponentially since becoming

By Shannon Smith, President of the Mari Sandoz Society

On Tuesday, October 25, Nebraska Department of Transportation workers Ryan Kozal, Chris Frandson, and Taylon Pascoe reinstalled the Mari Sandoz Nebraska Historical Marker about 30 miles south of Gordon. The marker was unveiled on Sunday, August 11, 1968, two years after Sandoz died of cancer in New York City on March 10, 1966. Mari did not want a big ceremony or funeral and she requested that she be buried in the Sandhills on her

The local chapter of the Gordon Lions Club is part of an international organization that has 48,000 clubs in 210 counties with an estimated 1.4 million members. Those numbers make it the largest service organization in the