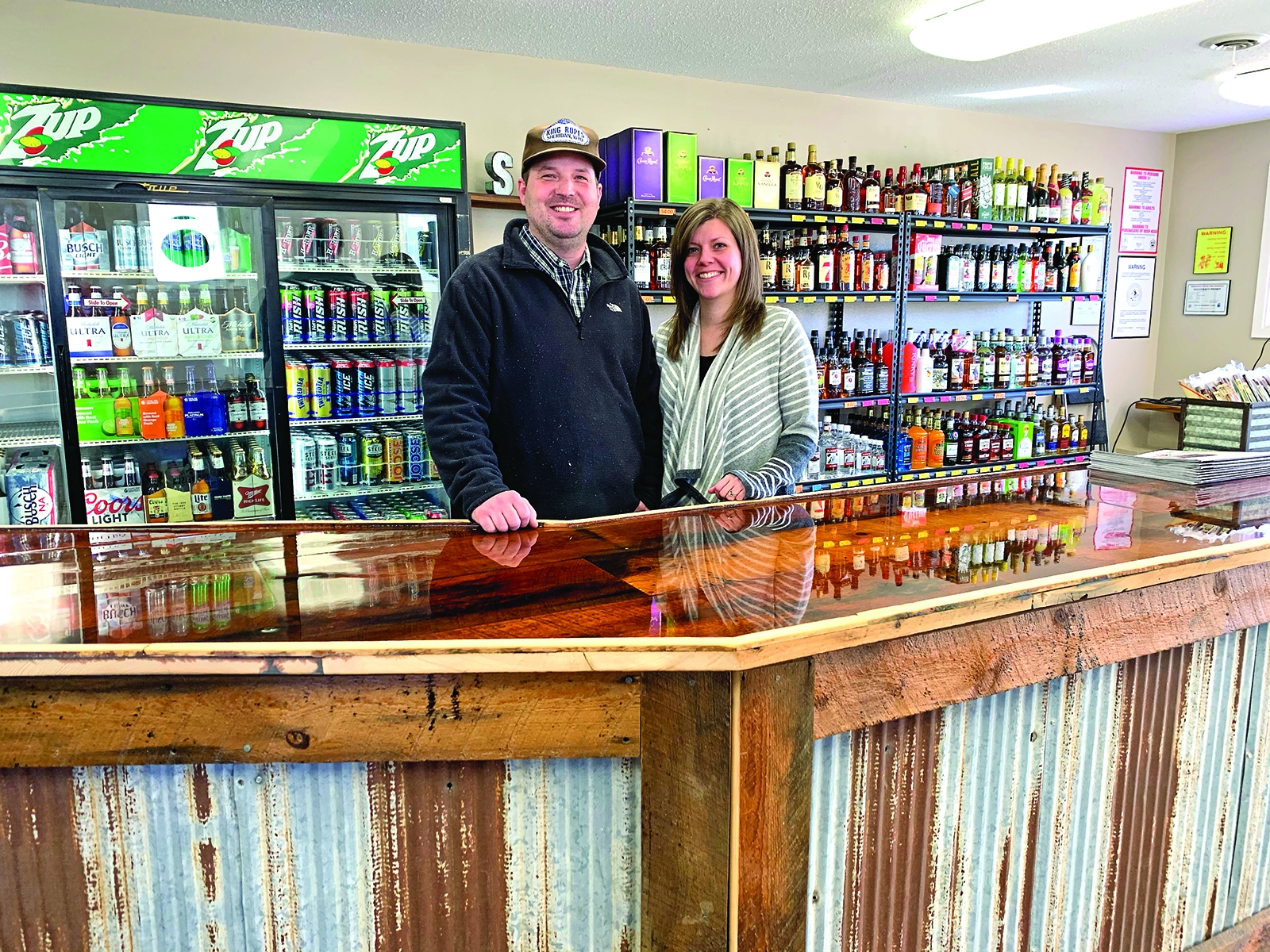 Jordan and Amanda Strain stand behind the counter of their new business, Sidetracks, in Gordon. Photo by Jordan Huether

A new business has come to Gordon’s Main Street. Sidetracks, a new liquor store on the south end of Gordon’s downtown business district, officially opened their doors January 13, 2020. The store is owned by Jordan and Amanda Strain and Ward Wacker of Gordon.

The Strains, who grew up in Martin, S.D., were looking to return to a small town after several years living in Rapid City, S.D. Wacker, who is married to Amanda’s mother, pitched the idea of opening the store and the Strains were in. They decided to purchase the building at 100 South Main Street, which has recently been home to PT West and the Gordon Chamber of Commerce.

Several renovations have been done, including a custom-built walk-in cooler and a new countertop made from old barn wood and tin. The store features a wide variety of beers, liquors, wines and other drinks.

The store also sells snacks, pop, tobacco products, and lottery tickets, as well as the Sheridan County Journal Star. The business is looking to expand their snack offerings in the near future, including plans of adding a fountain pop machine and coffee pot.

Jordan spent many years working for Budweiser and was able to see all the new products  coming out and tries to keep a variety of craft beers and regionally brewed options on hand. “We’re really going to try to expand everybody’s horizon with these craft beers,” Jordan said. “People don’t realize that craft beers have kind of become the new wine. You can drink them with your meals and pair them with foods.”

They are taking suggestions from the public to see what people would like to see in the store, and will always continue to carry the classics.

While the business isn’t able to have on-premise drinking, they are allowed up to 12 permits per year to do special events like tastings and beer gardens. They hope to use these opportunities to participate in community events and bring in different companies to do tastings.

The Strains are excited to be a part of the community and continue to meet everyone. “It’s nice to get to know people. You didn’t get to do a lot of that in Rapid,” said Jordan.

They are also looking forward to becoming more involved through volunteering and school activities as their three kids move through the school system.

Sidetracks is open Monday through Thursday from 7 a.m. to 10 p.m., and Friday and Saturday from 7 a.m. to 11 p.m. You can also follow them on Facebook to see what they have going on and keep on top of all the new products they bring in.

More in this category: « Tiensvold to be featured on this week’s episode of Forged In Fire