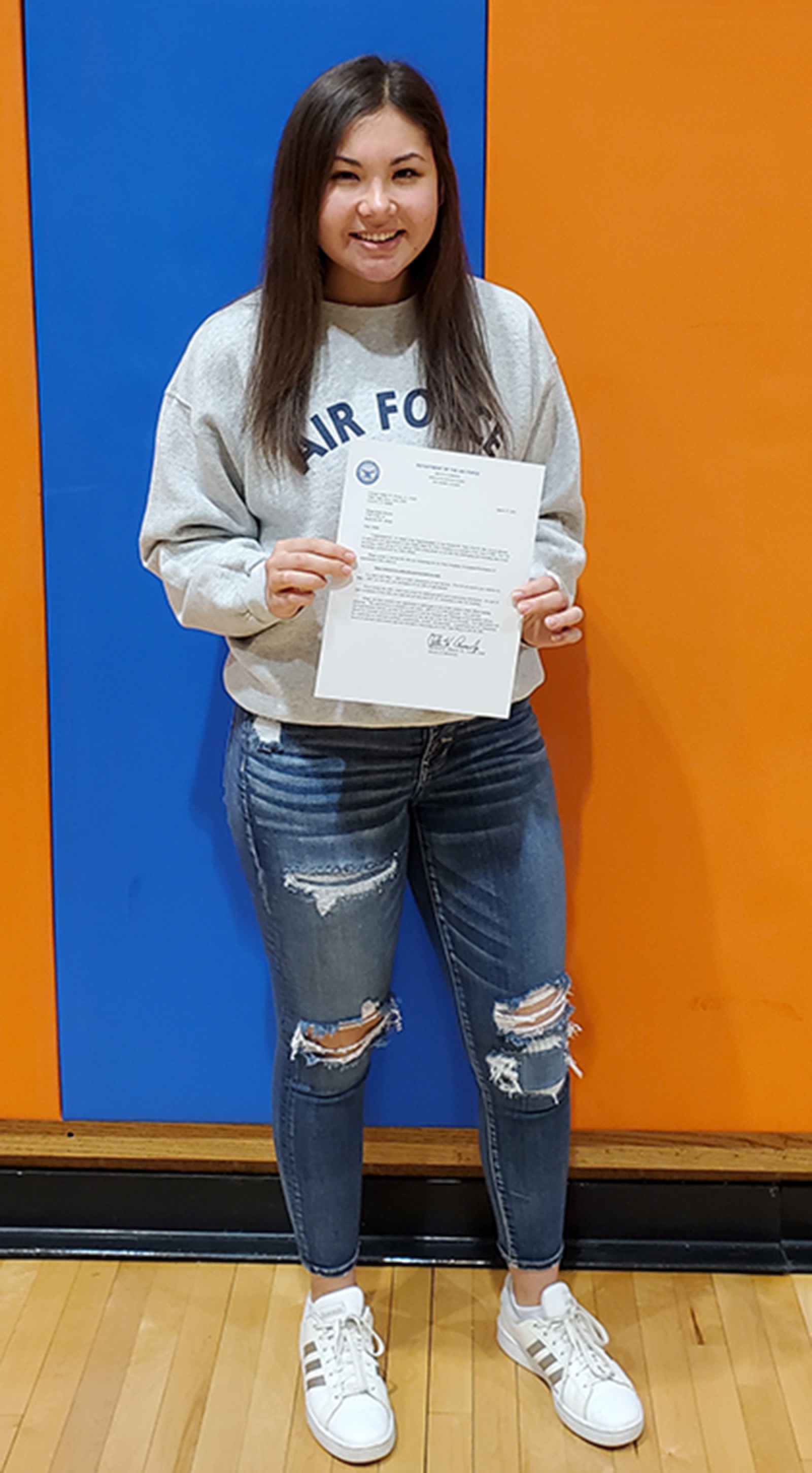 For Gordon-Rushville High School senior Alliah Bourne, her plans for the future are set in motion.

Bourne was selected as a Military Academy Nomination for Class of 2025 by both Nebraska State Senators Deb Fischer and Ben Sasse earlier this year. She received her letter of acceptance this past week to make it official.

“It is my pleasure to nominate this impressive group of Nebraska students for our nation’s prestigious military academies. All of these students have proven themselves to be dedicated leaders in their communities. I know that they will represent both Nebraska and the United States with honor,” said Senator Fischer.

“It is an honor to make this nomination. Young folks like Alliah are an important part of ‘The Good Life.’ Their constant hard work and dedication to serving our communities is admirable and Nebraskans all across the state - and especially the parents and mentors of these great folks – should be proud,” said Senator Sasse.