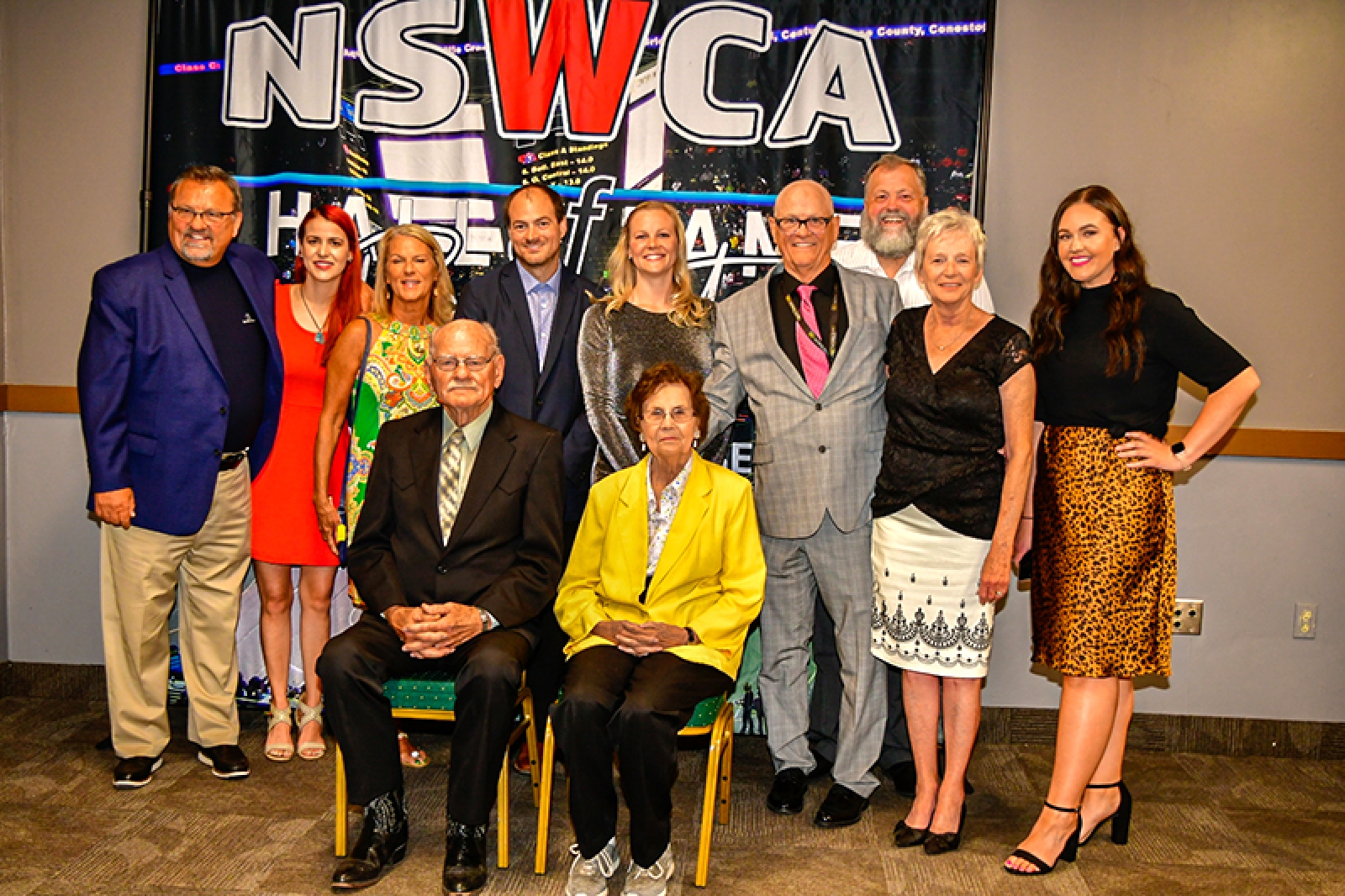 Two Sheridan County names that are synonymous with wrestling here and beyond have received their call to the hall.

The pair were inducted into the NSWCA Hall of Fame on Friday, June 10 during a banquet that was held in Grand Island, Neb.

Kraig Peterson’s history with the sport of wrestling is extensive and long. He has spent 58 years in the sport, filling a wide variety of roles in High School and Collegiate programs, leaving his mark wherever he has gone.

Peterson dove into wrestling at the ripe age of 4 years old and fell in love with the mat.

He worked his way through the youth program and then found some success in high school as a Gordon Bronc.

As a freshman, Peterson qualified for the State Tournament, the first time a ninth-grader had achieved that wearing the Gordon High singlet.

Peterson would finish fourth his junior season before the family made a move to Enid, Oklahoma.

Peterson made his mark in Enid, becoming the first wrestler to medal at the State Tournament in the 50 years of the school’s history.

Peterson would move on to wrestle at Chadron State College before jumping into the coaching side of things.

This is where the list gets long, as Peterson has helped countless programs, both high school and college, with his expertise over the years.

Peterson was back in Gordon and helped the other person in this article, Chad Wallace, with his development into the champion that he would become.

Peterson has also spent time behind the microphone, filling the role as the public address announcer for Chadron State Wrestling.

He has also done radio play-by-play and has even assisted on a few Sheridan County Journal Star wrestling broadcasts.

Peterson has also had a continued presence at the Nebraska State Activities Association (NSAA) State Tournament, filling a variety of roles that are needed to make that event a success.

In 2020, Peterson battled for his life, requiring six surgeries and 105 days in the hospital. The wrestling community, led by Chadron State Head Coach Brett Hunter along with his daughter Kristine Sayaloune started a campaign titled “Peterson Strong.”

Just like a true wrestler, Peterson weathered the storm and recovered. He has since donated the funds raised from the campaign to local wrestling programs to “pay it forward.”

Looking back on his time in the sport, relationships are what sticks out to Peterson.

Wallace, who grew up in Gordon, went on to an illustrious career as a Maverick at University of Nebraska - Omaha.

But before he was a Maverick, Wallace amassed a lot of accolades as a Bronc, culminating his time with an undefeated senior season in 1998 and taking home the State Championship at 189 pounds. Wallace finished with a perfect 32-0 record. Also, Wallace was a four-time State Qualifier while in High School.

Following his senior year, Wallace went to Omaha to continue his wrestling career.

He would flourish as a Maverick, becoming a four-time All American and a National Champion his senior year in 2003 at 197 pounds.

Wallace has no doubt of the impact coaches Damon Shada, Dan Kling, Dennis Kling, and Shane Allison had on him during his time in Gordon.

“These coaches had every thing to do with my success,” said Wallace.

“I was never the most talented or athletic wrestler in any room I had been in, but I was the hardest worker. That is all thanks to the time and effort those men spent shaping me into the person I am today,” added Wallace.

Wallace is also grateful for the impact that the community of Gordon had on his early years.

“It’s different growing up in a small town.  That feeling of small town pride is something that kids who grow up in the city don’t really understand,” said Wallace.

“Every time I would be back in Gordon for a break people would always ask me about wrestling and give me words of encouragement.   A lot of my success is because of the where I was raised and the values I grew up around,” added Wallace.

And last but not least, the home life on the ranch was a big proponent of the man he has become today.

“I have to thank my family. My brother Charlie for always pushing me and encouraging me, my sister Kelly for being my cheerleader and protector from rival teams, and my mom Susan. You are my rock, you always lead by example and taught me hard times don’t last, hard people do. I knew if I could be half as strong and determined as you that I could accomplish anything,” said Wallace.

Hats off to two of Sheridan County’s own on their induction into the NSWCA Hall of Fame.

More in this category: « “Fortress of Sin”set for World Premiere at Gordon Theatre with Red Carpet Experience on June 11 Shots ring out in Rushville; suspect has been arrested »