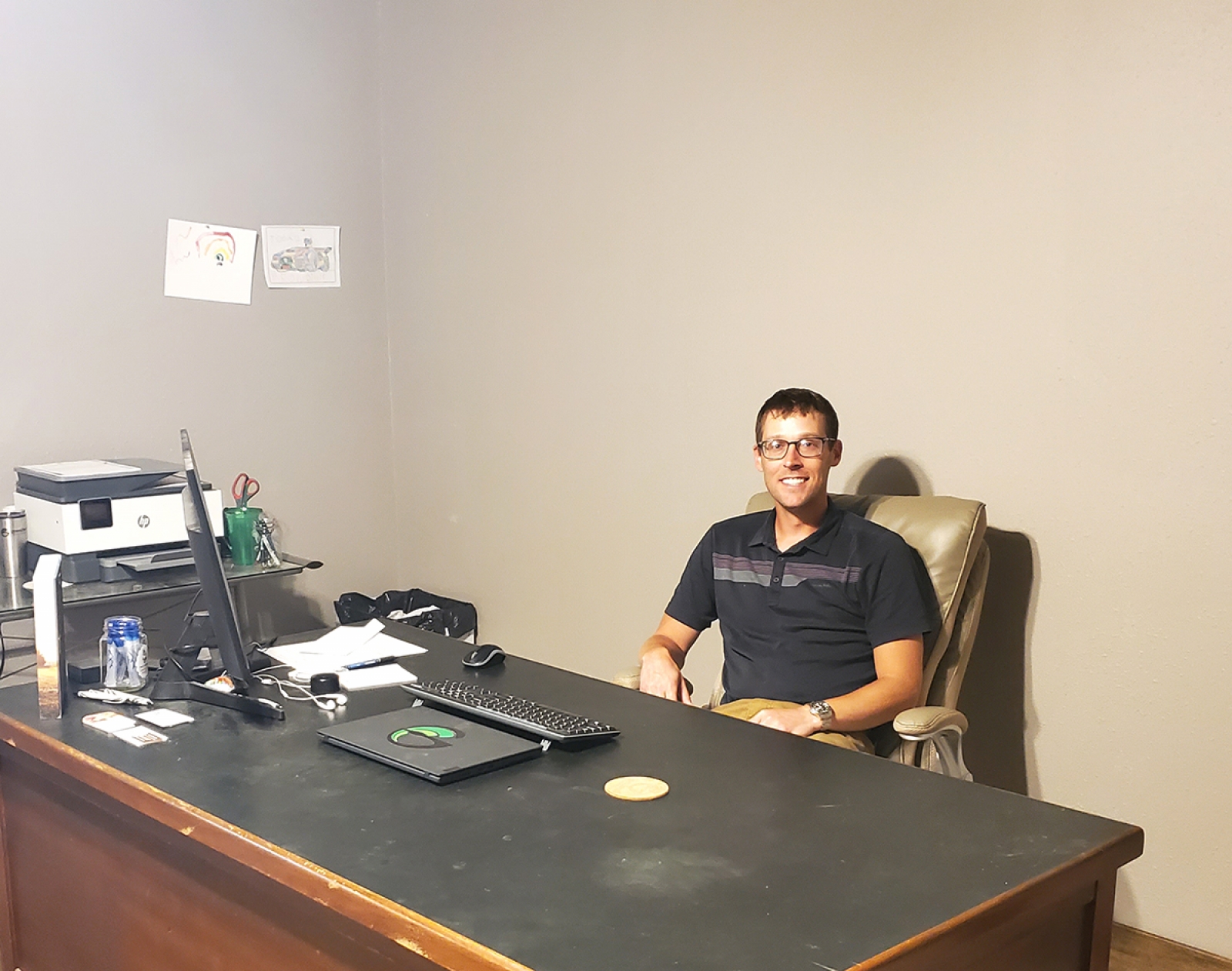 Gordon native Ryan Alcorn has decided that his hometown is the perfect place to set up shop.

And Alcorn is utilizing his years of experience in the insurance industry to help citizens here and beyond with any needs they may have.

Alcorn, who graduated from Gordon High School in 2004, came back to Gordon with his wife, Jill Alcorn.

The couple has two boys, Tyson and Dylan, who both attend Gordon Elementary.

Gordon is where Alcorn was born and raised and is exactly where he wants to be.

“I love being here in Gordon. The outdoor experience here is second to none,” said Alcorn.

“My kids are going to get every opportunity here and I just really like the people,” he adds.

Alcorn graduated from University of Nebraska - Lincoln with a degree in Business Administration and a minor in Economics.

His first job out of college was with a company called Fiserv, which focused on banking software.

This job took him on the road for a lot of his time, traveling to 47 of the 48 states in the lower 48. Fun fact, the only state that Alcorn has not been to? Kansas.

Alcorn and his wife moved back to Gordon in 2012 and that is when he decided to tone down the traveling.

He took a job with the State Farm Corporate office in 2014 and was an Agency Field Specialist.

The main focus of this position was analytics of the offices he visited, helping with a lot of logistics behind the scenes.

But after seven years in this position, Alcorn was ready to head out on his own.

“Growing up with my Dad being in insurance, I wanted nothing to do with it,” said Alcorn.

“As I got older, I realized this insurance gig is not too bad. And after seeing different offices in State Farm, I thought I could do this,” he added.

So the dive was taken officially on November 1, 2021 and Goosehead Insurance was opened in Gordon, an organization he is proud to represent.

Things have built from there for Alcorn, who now has a permanent office at 428 S. Main Street in Gordon, in the former Craven Feed offices.

“We’ve got an outstanding service team that will answer from 6 a.m. to 8 p.m. if you can not get a hold of me. Plus, the systems that I have access to through this organization are second to none,” said Alcorn.

“We only write A rated companies, with every company we write with being high quality; that is what we focus on,” he added.

Alcorn states that he understands that when a customer submits a claim, it’s not a good thing for them. But he is ready to jump into action to help rectify whatever situation presents itself.

“Claims are really, really bad days for people. It’s not fun to have that conversation when something has happened to them,” said Alcorn.

“But getting to talk people through that really difficult moment in their life and telling them it’s going to be okay, that part is the most rewarding part of the job,” he added.

Alcorn notes that he is a one man show, so he finds himself out and about a lot of the day taking care of the different aspects of the business. He does say that if his pick-up is in front of the office, feel free to swing by.

But a phone call is probably the best way to track him down and he is always willing to chat about insurance.

“We just want people to have the best coverage for the best price. Money is getting tight right now, tighter then it has ever been. If you think, am I getting the best deal? Come ask me. I can run you through the 29 carriers with no obligations and free of charge,” said Alcorn.

More in this category: « 28 years at GMH; Larson heads into a well-deserved retirement Roger and Carol Vincent selected as Grand Marshals for SC Fair & Rodeo »