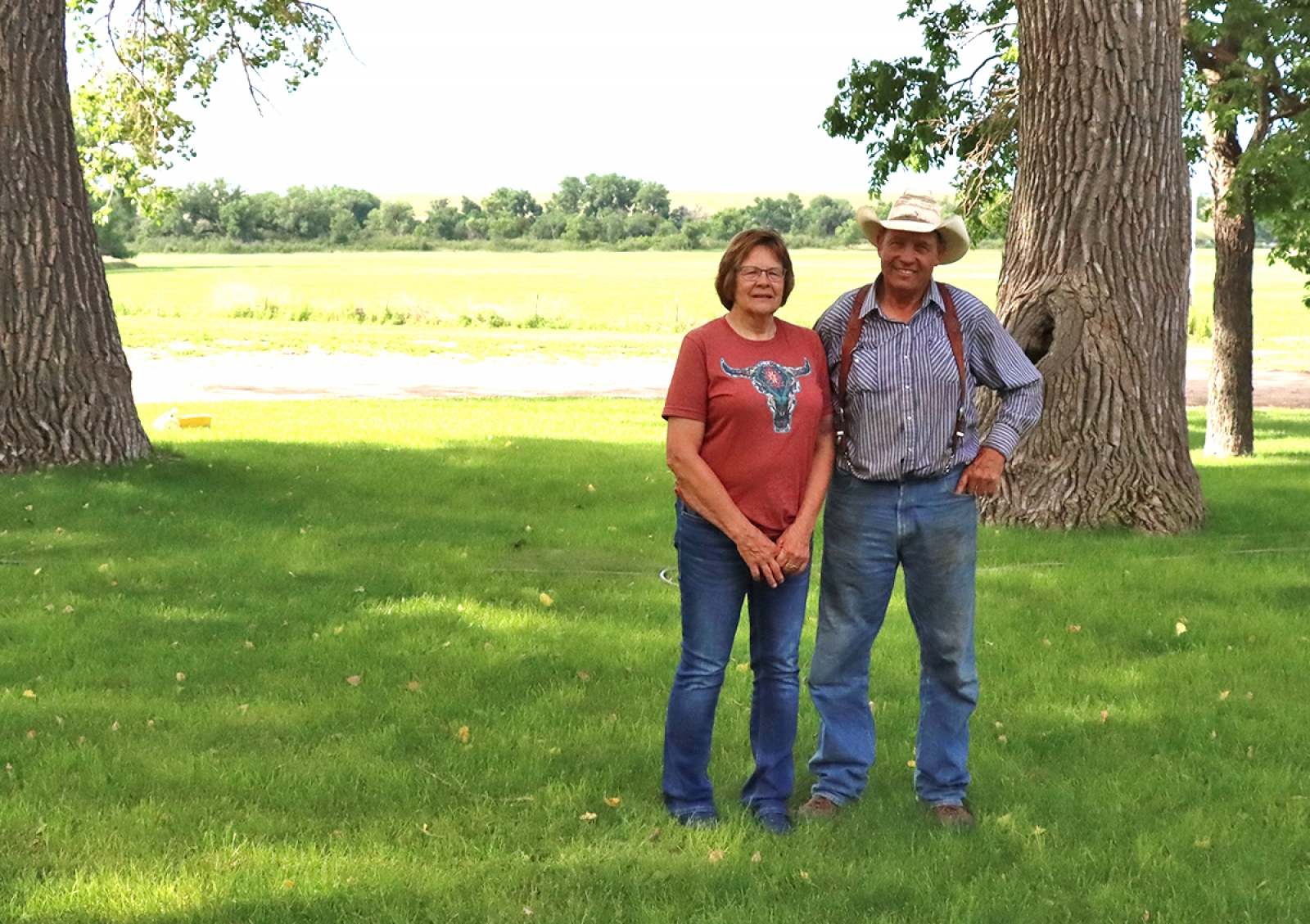 A turn off the blacktop onto an unassuming dirt road south of Rushville leads the way to a ranch that has been synonymous with Sheridan County since 1913.

You’ve arrived at the place of Roger and Carol Vincent who have been making their living in the Sandhills as far back they can remember and even a bit further than that.

They have been chosen as the Grand Mashals of the 2022 Sheridan County Fair and Rodeo and are currently searching for the people responsible for nominating them.

“I’d like to find out who brought up our names,” said Roger Vincent with a chuckle.

Roger is pretty sure he knows who might have had a hand in it though, citing individuals who may or may not be named Clint and Emilee.

Carol Vincent is excited and humbled to be given the honor as well.

“I’m don’t know why they would pick us but it really is an honor to be recognized,” said Carol.

The Fair and Rodeo has been a staple in the lives of the Vincent family throughout the years.

Carol’s family used to have a big get together at the park during the Fair weekend, allowing many family members to catch up.

Carol also notes that the family has attended the events, usually on Saturday night, almost on a annual basis.

The couple has also been involved recently in 4-H with their grandchildren and spend quite a bit of time on the hill supporting their projects.

The Vincent’s are set to ride up front in the Parade which  will take place on Saturday, July 30 beginning at 10:00 a.m.

The parade route will head straight down Main Street in Gordon and everyone is welcome to attend.

More in this category: « Goosehead Insurance and Ryan Alcorn are ready to fulfill your insurance needs George Clear steps into role as Hay Springs Superintendent »