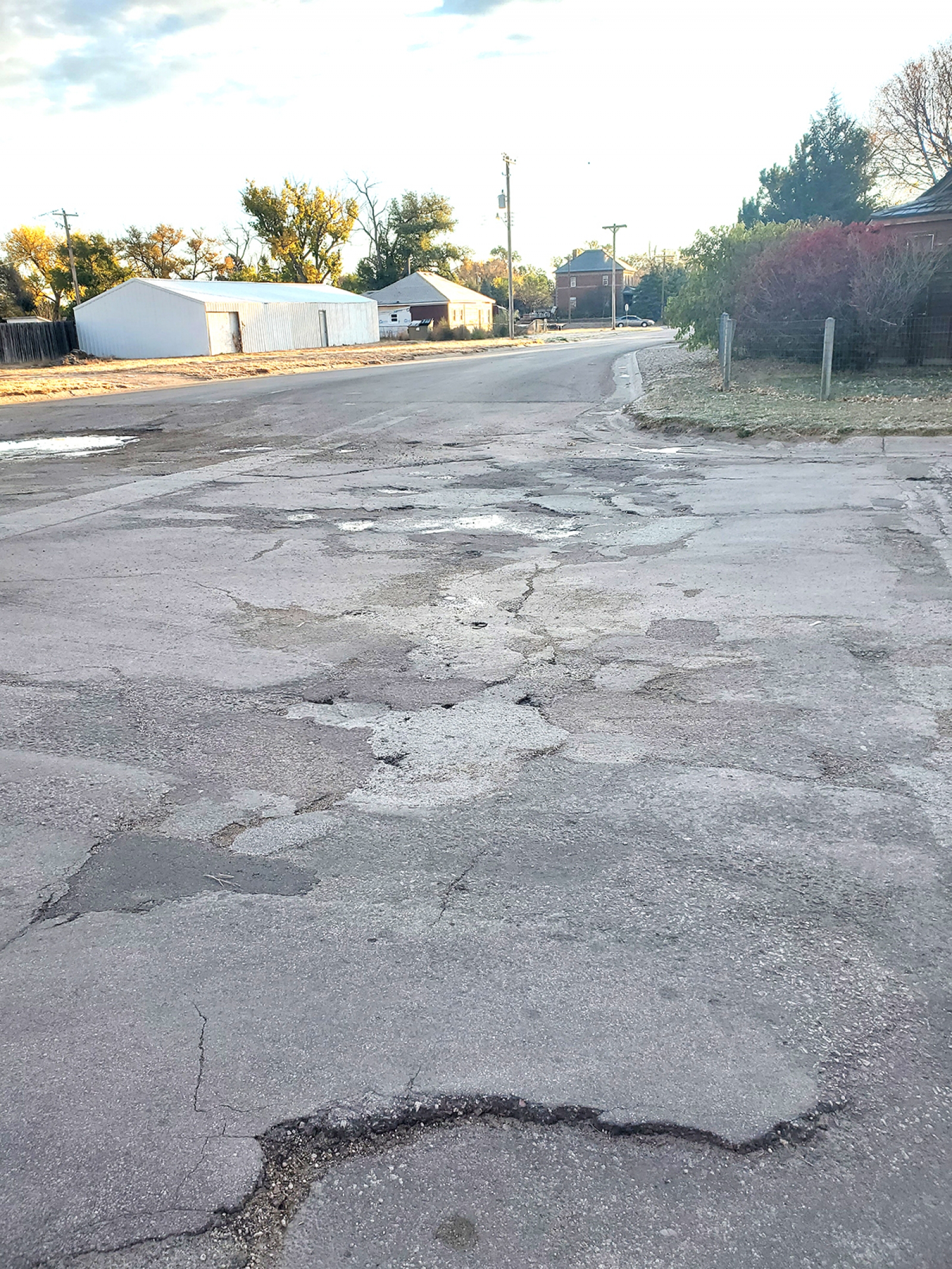 They followed that up by approving the August and September Treasurer’s Report after a discussion with City Manager Glen Spaugh.

The September report marked the end of the fiscal year. Spaugh highlighted a few line items which included Property Taxes and Sales Tax income both being up for the fiscal year.

The Council next reviewed all the unpaid bills.

A question a bill regarding credit card fees was asked by Kelly Grant. City Clerk Kim Buchan stated that this one of the reasons they have made the switch from one company to the other.

She stated that the new company places the surcharge for using a credit card on the customer, not the City of Gordon. The previous processor charged the City for that fee.

There was no further discussion and the bills were approved to be paid.

The Council then discussed Ordinance 1219 which is in regards to the Highway Allocation Fund Pledge Bonds.

Slaughter stated that the current market reflected rates around 4.75-5%.

He added that by approving the Ordinance here tonight the Council was authorizing the ability to lock in rates when they receive approval from the Council. It will speed up the process as a whole.

The amount that has been authorized is 2.1 million dollars or less and an amortization of 20 years or less.

Slaughter did add that rates may fluctuate with the current market state and those numbers could change.

The Council then thanked Slaughter for presenting to them and passed Ordinance 1219. The Council also motioned and approved the final passage for the Ordinance.

The legal description from 1216 was incorrect in the original writing, 1218 was passed to correct it.

Leah Olsen  from Wellspring Chapel requested the closing of 5th Street for the annual Trunk or Treat. The Council approved this request.

Marlys Slater then read a letter she prepared to the Council in regards Nuisance Ordinances and Notices.

Her first question why now are you picking on residents?

Slater states that Gordon is not a high crime town and never has been. She feels we have too many cops and it’s time to let some go to Chicago, New York, or Seattle where they are desperately hiring and would be a perfect fit there.

Slater feels like the nuisance vehicles are not bothering anyone else, so leave them alone and the City has no right to take the rights of citizens who grew up and collect historical items.

Slater added that they City should fix the streets, especially the intersection at 2nd and Elm. She feels that funds and resources should be directed towards that topic.

Slater then pivoted to the topic of having to remove trees per city ordinances. She asked what right the tree hugger board has to tell anyone what tree they can have on their property. She continued that the tree hugger board sprung up in regards to the trees downtown, she would like them to leave the citizens alone.

She feels the City of Gordon should spend more time volunteering like she does and help restore trust and kindness within in the City.

She requests that the vehicle, grass, snow, and tree hugger ordinances be canceled immediately.

Gregg Greenamyre was then present before the Council to deliver an update on his property and the requests that were made last year.

Greenamyre stated that all of the problems presented to him last year except one has been completed. The only item that is not completed is the hole in the roof. He stated that he is still continuing to get that finished up.

Greenamyre stated that it is hard to find help and things have piled up on him and he is working on projects as fast as he can.

The Council reviewed some photos of the property that were taken on October 1.

Both parties agreed that Greenamyre will continue the process and he is also looking to sell the property as well.

The Ambulance Stand-By fees were discussed next.

The fees are flat rate based per rig at each event.

Spaugh noted that the letter with the fees was sent to the Gordon-Rushville Public Schools and the Fair Board. He also noted that they will do a resolution next month to officially set the prices.

The 2021-22 Perpetual Care Report was reviewed next.

The Council approved the report as presented without any discussion.

The next topic was a review of the City’s land leases.

Three total leases were up for renewal. 12 acres around the Cemetery, the McGowen land, and the pivot land at the lagoons are all set to expire and are all up for bids.

Spaugh stated that they would like to go with 3 year leases on those properties. They are being published in the newspaper for the next 3 weeks.

The Council then held a discussion about adding regular meeting dates for approval of all expenditures.

A new law requires every payment needs to be approved before writing checks. The Council will have to host two meetings each month to cover this requirement.

They discussed some options on changing how they are paid, with the possibility of changing it to monthly not bi-weekly along with when the meetings would have to be to make it work.

The Council will continue to work on solutions to this change.

Kelly stated that there has been a lot of negative talk lately but he wanted to bring up something positive. He recognized the park is always clean and he sees families using the facilities all the time. He appreciates the hard work of the City to keep things looking so nice.

Spaugh then addressed Kelly’s comments in regards to how the process works to speak in the meetings.

Spaugh said that people need to have their name added to the agenda at least 24 hours prior to the meeting as the agenda has to be firm for 24 hours leading up to the actual meeting.

He added that individuals must state a clear purpose for what they want to talk about as well.

Spaugh also added that this is required by Nebraska law and they follow all those rules.

It was also noted by Spaugh that individuals can speak during the Public Comments portion of the meeting but the Council can take no action during that time.

Kelly and Spaugh both agreed that all this information was great to share and keep everyone in the loop on how the process works.

Spaugh then delivered his Manager’s Report.

It was noted that Jerry Hardin was hired as a Code Enforcement Officer. He will be assisting with a variety of duties.

The property of Kenny Haller, which was discussed last meeting, will continue to be hashed out by the Planning Commission.

Once a decision is reached on that, the Council will be presented with the results and will vote on it.

He stated that we need to get young people from the community into these meetings to learn how things work.

Headrick said whenever he brings this up, he only hears silence. The Council said they have an application available for students to join the Council but have had no applicants for 4 years.

With no further business to discuss, the Council adjourned their meeting at 7:18 p.m.

The next regular meeting for the Gordon City Council will be Thursday, November 10.

More in this category: « Fifty years and counting, Gordon Lions Club continues to impact local community and beyond Rushville honors its veterans from past to present with hanging of banners »