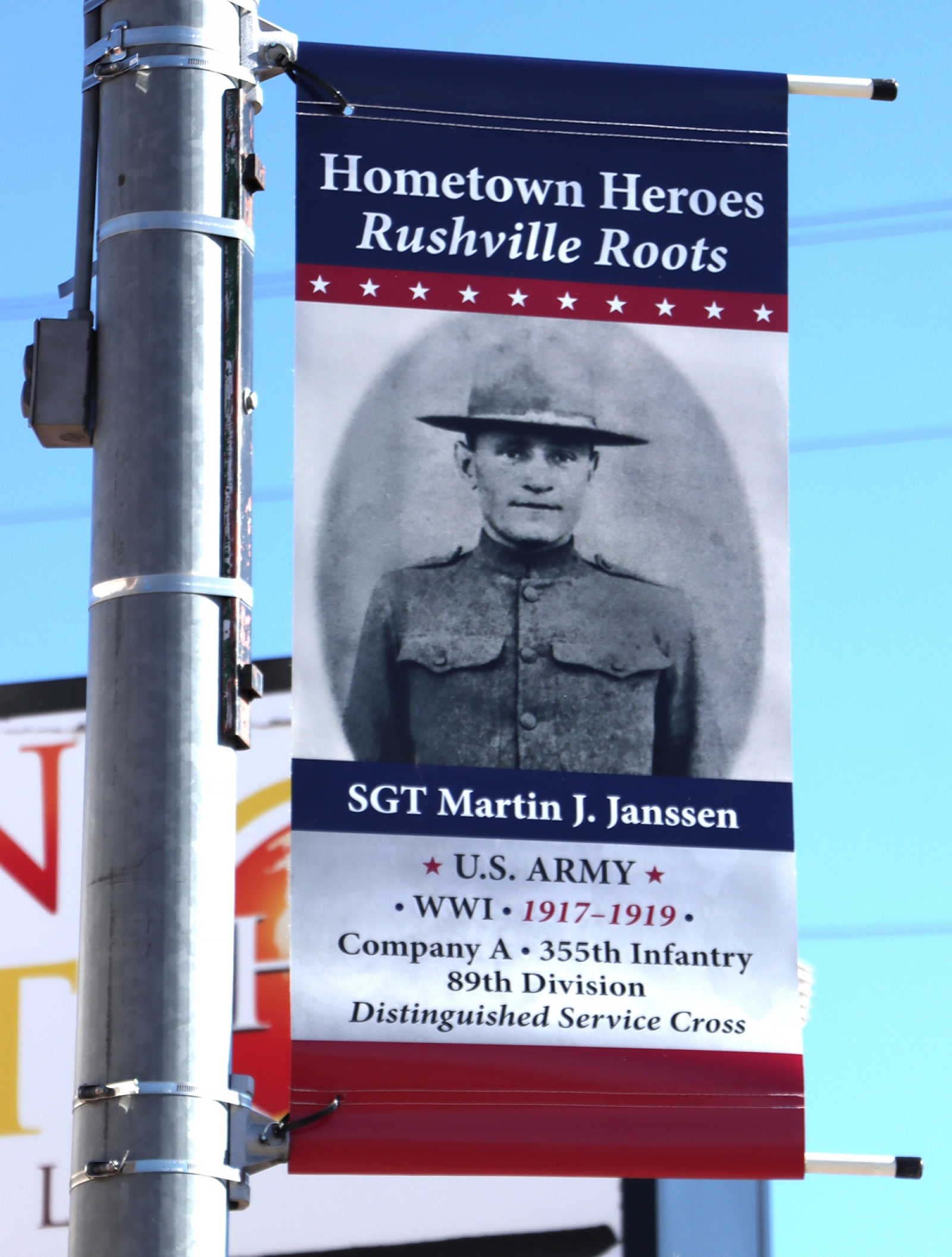 Chamber member Kris House began the tedious process of collecting photos, information, and applications for the banners with the goal being 23 veterans.

But throughout the process, the project surpassed that original goal and went all the way to 40 total banners.

“We felt if we got 23 interested individuals we would be lucky,” said Kris House.

“23 would fill the light poles on Rushville’s Main Street. Never did I dream we would have 40 who showed interest immediately,” added House.

Through the hard work of House and her nephew-in-law Dave Marks, the banners came to fruition and arrived in Rushville on October 24.

The Chamber, along with many members of the community, planned a celebration to commemorate the hanging of the banners.

The celebration took place on Thursday, October 27 with many groups being able to attend.

The students from Gordon-Rushville Middle School and Rushville Elementary walked down to the site, along with many members of the community and even many from out of town.

The GRMS Choir performed songs during the dedication ceremony and the Rushville Honor Guard gave a 21-gun salute.

House and the Rushville Chamber hopes a project like this will ignite the curiosity in the minds of the younger generation.

“Each Hero has their own story and the community of Rushville is proud of each person on display,” said House.

“Not only is there pride in each banner but the Chamber hopes that the banners become a teaching tool for young minds to ask questions about the military,” she added.

The banners will be on display until mid-November and will be stored until Memorial Day next spring. On Memorial Day, only the deceased veterans will be hung on the streets.

Then once again in July, the banners of all the veterans will be displayed to honor the Fourth.

The process will repeat again next November for Veterans Day after that.

If anyone is interested in having a banner made, please contact a Rushville Chamber member. The process will begin again in March of 2023 and the deadline is set for April 1, 2023.

Below is a list of all the veterans who are being honored with a banner.