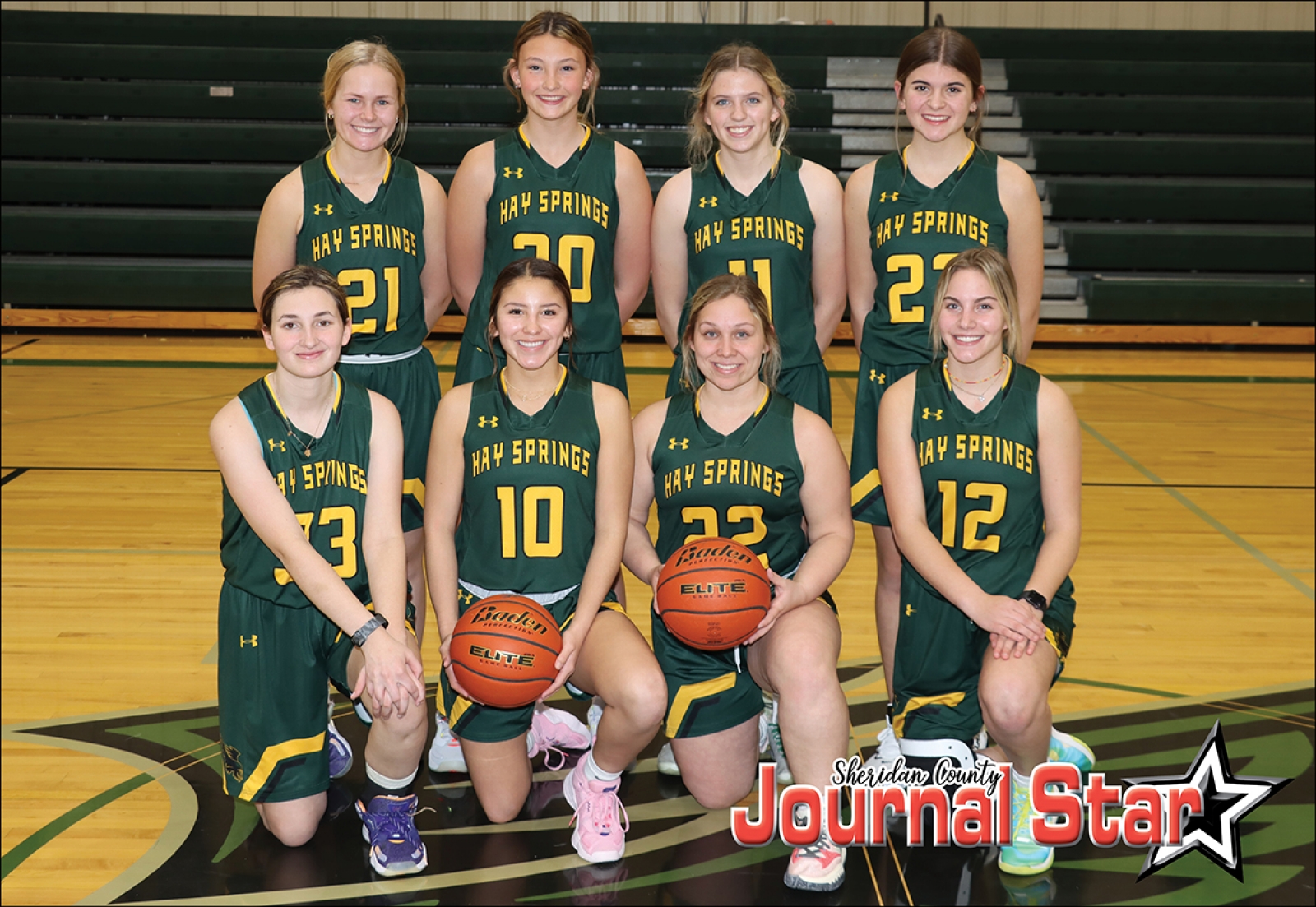 The 2022-23 season for the Hay Springs Hawks Girls Basketball team is set to tip off on Friday, December 2 in Cody-Kilgore.

And for Head Coach Ron Olson and the Hawks, they will run out an impressive lineup that will look to improve upon the 6-17 record from the year previous.

Leading the charge on the roster once again this season will be the returning leading scorer, senior Samantha Toof.

She also can score it from the outside, boasting a career total of 80 three pointers made.

“Sam Toof has been starter for three years for me; she just does everything and is a complete player,” said Coach Olson.

“She is like having a second coach on the floor and her leadership the last two years have been very helpful for the younger girls,” he added.

Backing up Toof will be a pair of young ladies with lots of experience from the previous season; junior Alexa Tonjes and senior Molly Spicer,

Spicer averaged 3.1 points per game while collecting 33 steals as well.

“Molly Spicer and Alexis Tonjes got to play a lot last year they will help us with rebounding and scoring,” said Coach Olson.

An interesting wrinkle to this season, very similar to the volleyball roster, senior Mia Skinner and junior Gabby Twarling return to the hardwood following injuries that kept them from playing last season.

Before their injuries, Skinner averaged 5.3 points per game as a sophomore in 2020-21. Twarling was right behind her in her freshman campaign, averaging 4.1 points per game in the same season.

Both of these student-athletes are ready to rock once again for 2022-23.

“Mia Skinner and Gabby Twarling give us so much on the court; we really missed them last year,” said Coach Olson.

“Not just not their leadership but they are capable of scoring, defense, and all the little things a coach loves,” he added.

Do not sleep on some incoming freshman as well.

Just like in volleyball, Mya Turman and Julia Russell will look to have a positive impact on this season. Add in another freshman, Andy Twarling, and the depth for the Hawks gets a little longer.

“We have some talented freshman that will be playing and really have improved over the summer,” said Coach Olson.

A strong roster that has a lot of returning experience, sprinkled in with some healed players and a few freshman, the Hawks are poised to make some noise in the Panhandle Athletic Conference and beyond in 2022-23.

“We will be more aggressive team this year with our quickness we will be up and down the court team,” said Coach Olson.

“If this team stays healthy we should be fun to watch and able to beat anyone on our schedule.”