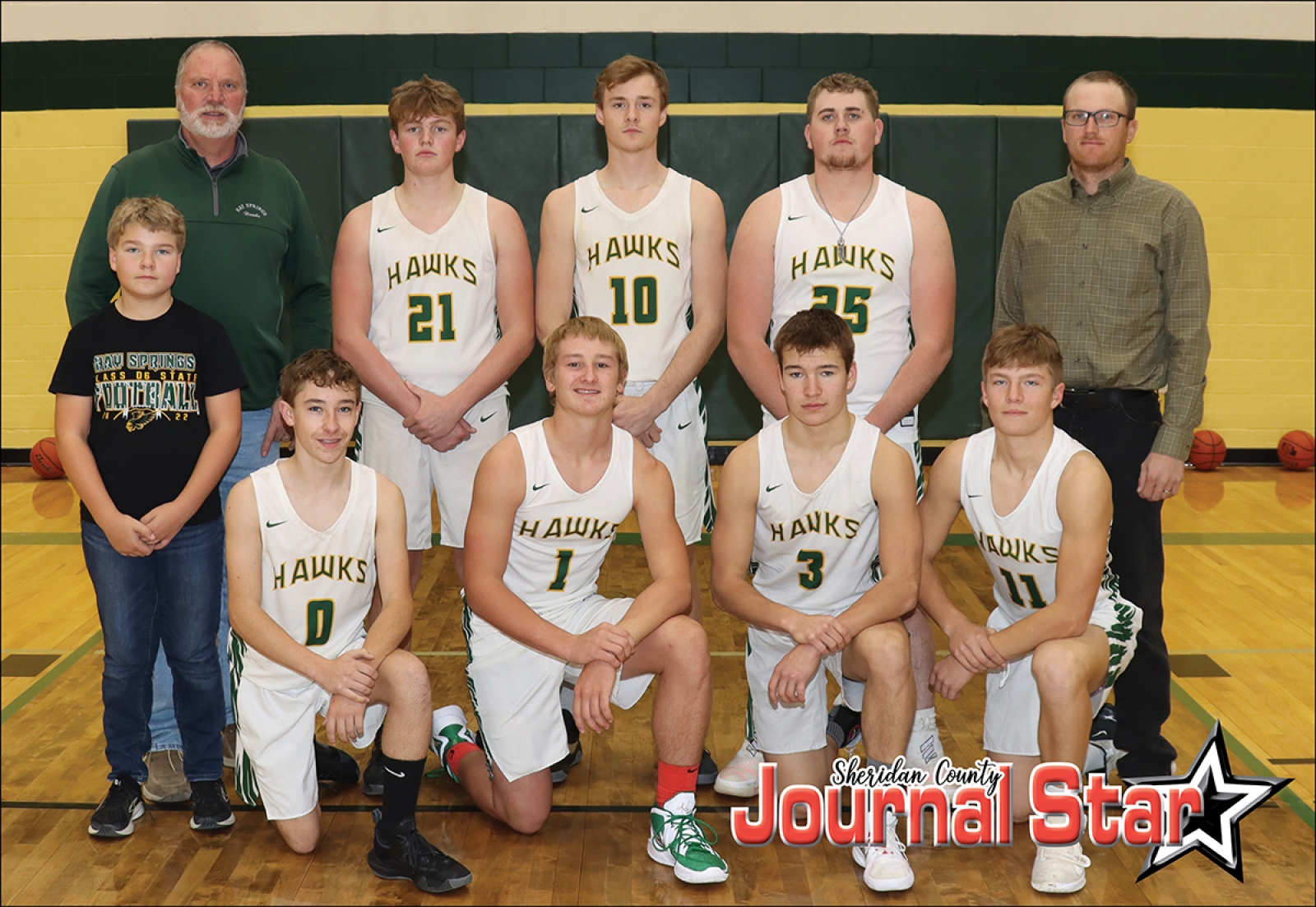 While the numbers are not soaring through the roof for the 2022-23 Hay Springs Boys Basketball team, the expectations for success are still present.

A big reason for those expectations ride on the shoulders of junior Gage Mintken.

Mintken is the leading scorer from the team last season, averaging 12.9 points per game as a sophomore.

“He is aggressive on both sides of the ball and a good team leader,” he added.

Joining Mintken once again in the middle will be Toby Scherbarth, who is also the only senior on the roster.

Scherbarth averaged 6.2 points per game and pulled down 190 rebounds in the middle.

“Toby Scherbarth should bring good presence in the paint which we haven’t had for some time along with some senior leadership,” said Coach Badje.

The other top returners are a pair of sophomores, Dylan Young an Dylan Raymer.

Young averaged 4.8 points per game as a freshman while pulling down 141 rebounds. Young started the second half of the season, gaining some valuable experience.

Raymer had limited time on the floor as a freshman,  playing in 18 games. He averaged 1.5 points per game and will look to progress his game forward.

Some new options to the roster include a couple of tall young men.

Junior Jordyn Anderson, who had previously wrestled in the year prior, has made the switch to the hardwood. Anderson will look to provide another big presence in the paint.

Sophomore Hunter McDonald has also joined the roster. At 6’2, McDonald can shoot it from the outside and throw around his weight in the paint as well.

Sophomore Talan Smith also returns for the team, along with junior Noah Kelly, with both looking to increase their roles in 22-23.

“Look for us to be a quick and scrappy team, with a new inside presence that we have not had in recent years,” said Coach Badje.

“The kids have great attitudes and are ready to compete,” he added.

The Hawks tip off their season on Friday, December 2 as the team will travel to Cody-Kilgore to face off with the Cowboys.

More in this category: « Hawks Girls Basketball looking to soar in 2022-23 Hay Springs Wrestling hits the mats this week to kick off 22-23; McKillip and Boles create first Girls team in Hawks history »