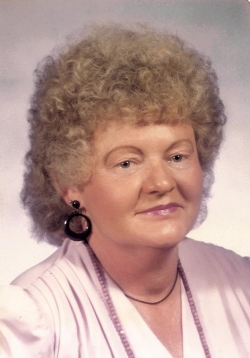 Veronica attended school at District #62, south of Brule until 8th grade, then attended Brule High School and graduated in 1958.

On July 5, 1958, she married her 8th grade sweetheart, Duane Landes at the United Methodist Church in Ogallala, Nebraska. They made their home on the Landes Family Ranch southeast of Arthur until he passed away in 2006. She remained on the ranch until 2016, when she moved to Ogallala.

Veronica was a member of the Appaloosa Horse Club. She and her husband, Duane were leaders of the Arthur County Broken Horse shoe 4-H Club from 1978-1979. She was also an advocate for the Nestea Top Hand Challenge Award for the Nebraska High School Rodeo Association. The couple enjoyed dancing. Veronica liked watching her grandchildren in school activities and sports. She enjoyed playing the accordion and steel guitar, and was a member of the Sandhills Sketchers Painting Club, and Arthur Birthday Club.

She was preceded in death by her husband; her parents; and a son-in-law, Rick J. Gardner.

Funeral Services were held, 10:00 a.m., Tuesday, October 8, 2019, from the New Hope Church with Minister Bobby Brueggeman of the Church of Christ in Ogallala officiating.

Burial will be in the Ogallala Cemetery.

A memorial has been established in her memory.

Online condolences may be left by signing the Guest Book at www.drauckerfuneralhome.com. Funeral Service will be live streamed.

Draucker Funeral Home of Ogallala has been entrusted with arrangements.