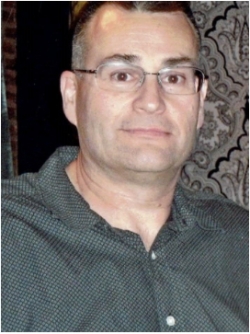 Mich A. Gehrig, 58, of Winthrop Harbor, Ill., died suddenly on October 6, 2019, in Iowa while enjoying one last ride on his Harley.

Mich was born November 27, 1960, to Vera and Myron Gehrig in Nebraska.  He graduated from high school in Hay Springs, Nebraska, with the class of 1979.  He married Patty Middleton in Gordon, Nebraska, on July 4, 1987, and together they went on to raise three beautiful children.  Mich is a retired veteran and proudly served in the Army National Guard for 27 years.  He was a self-employed builder for many years, having built numerous homes in northeastern Illinois.  He was a life-time member of the Winthrop Harbor VFW Post 7448.  His passion was riding his Harley, especially with the Second Brigade M/C.  Mich was also an avid Nebraska Cornhusker fan.

He was preceded in death by his parents, and a brother, Dennis Gehrig.

A visitation was held on Monday, October 14, 2019, from 5:00 until 8:00 p.m. at the Congdon Funeral Home, 3012 Sheridan Road, Zion.  A funeral service was held on Tuesday, October 15, 2019, at 10:00 a.m. at the Congdon Funeral Home.  A procession followed the funeral to Ft. Sheridan Post Cemetery where military honors and the interment took place.  In lieu of flowers, donations to the family would be appreciated.