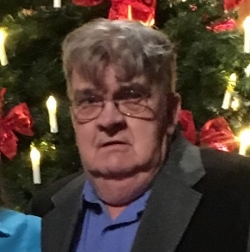 George was born on Wednesday, March 29, 1944 to Albert and Mabel (Mathews) Jones. He grew up in Mullen, Nebraska with his brother Charlie and sisters Mary Jo and Alberta.

On December 31, 1994, George was married to Jacque McConaughey. They began a long and happy life together. They spent their time working, dancing, spoiling their grandchildren and consistently talking about anything and everything, as best friends do.

George was a man of many adventures and a jack of all trades. He enjoyed a day of hard work and spent his time fulfilling that calling in many different fields. George worked as a teacher in several country schools around Mullen and North Platte, building fence, managing a fairground in North Platte, a cross country semi driver, Dyer Feeds in Hyannis, a mailman, and finally at Farmers Co-op beginning in 1994 until he retired. His joy of work and projects continued after retirement when he often could be found in the garage or shed on most sunny days. George loved telling his life stories and talking to his many friends and neighbors. Outside of family and friends George loved reading, feeding, and watching his squirrels, antiques and collectibles, and his precious cats Russ and Sissy.

George was a fun-loving jokester and a loyal friend. He was kind, friendly, talkative, and giving. He would give the shirt off his back to help those near and dear to him. He will be dearly remembered for his joyful smile, big laugh, and love for caring for others, most often presented as cotton roping gloves.