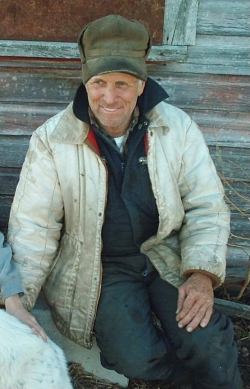 He grew up on the Pine Creek Ranch and attended Boiling Springs Elementary school through 8th grade. He graduated from Rushville High School in 1960.

In 1962 he married Dorothy Reeves (married 59 years) and to the union four children were born, Dixie, Rodney, Robbie and Barbara.

Bob worked road construction for many years. He was a push cat operator and for several years ran a giant Huff as he worked his way across Nebraska building I-80. When the family reached Chappell, Nebraska and the children started school he quit construction and went to work for wheat farmers Carl and Gary Bruns.

When Bob’s father died, he moved down to the “Little Place” on Pine Creek where his family lived when he was born. Bob was a very hard-working man. He could build anything. In other words of the late Dean Osborn “Don’t know what it is, but if Bob Beguin built it, it will work.”

Graveside services will be held Wednesday December 1, 2021, 2:00 PM at Fairview Cemetery in Rushville, NE. Refreshments to follow at the Immaculate Conception Catholic Church in Rushville. A memorial has been established for the Rushville Rescue Unit and donations may be sent in care of Chamberlain-Pier Funeral Home, PO Box 366, Gordon, NE 69343.