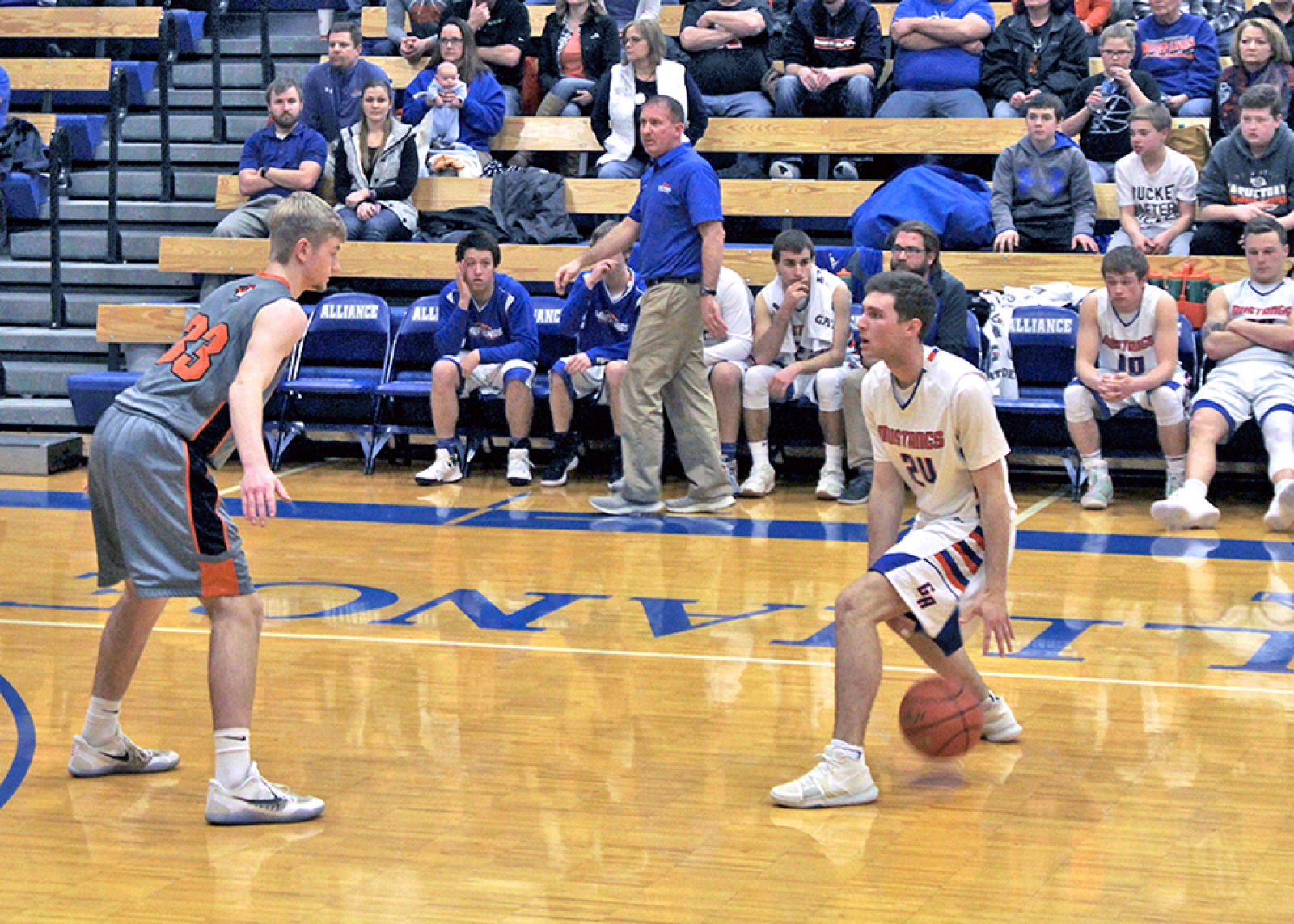 The Gordon-Rushville boys basketball team entered the C1-12 Subdistrict bracket as the top seed and favorite to advance to the district final on Monday. The door seemed wide open to advance to the state tournament with Cozad falling in subdistricts and two .500 teams playing Thursday on the other side of the bracket. All that stood in their way was the Mitchell Tigers, a sub .500 team whom the Mustangs had easily handled by an average margin of 16.5 points in two regular season competitions.

The Mustangs found themselves facing an entirely different Tigers team Thursday though – one hungry for a shot at the state tournament. Gordon-Rushville was able to pull away to a 20-14 lead at the end of the first quarter, thanks in part to some hot shooting from beyond the arc, but the shots seemed to quit falling in the second quarter while Mitchell held nothing back on both sides of the ball to outscore the Mustangs 18-9 in the quarter, taking a 32-19 halftime lead. The Tigers would hold the lead for most of the game, with the Mustangs occasionally going up by a basket, but never for long. The Mustangs never gave up, battling to the very end – with several players on both teams fowling out in the process – but Mitchell held on to win it 70-67 and advance to the district final.

Mitchell faced the Ogallala Indians Monday night in Sidney, falling 73-56 to end their season and hopes of reaching the state tournament.

The Mustangs were led in scoring by junior Dylan Schwarting with 18, followed by seniors Korby Campbell and Jared Nelson with 17 each, Morgan Hurlburt 5, Carson Hinn 4, and Trace Beguin, Brady Bohlender and Corbin Bailey with two a piece.

The Mustangs shot a combined 48% from the floor, 18% from beyond the arc. They made 63% of their free throws as a team. Beguin and Campbell led the team in rebounds with 5, Nelson led with 6 assists, and Schwarting led in steals with 2. The team committed a total of 25 fowls trying to stifle the Tigers’ offense.

The team finishes with an impressive 20-5 season record with plenty of accomplishments to be proud of, including a WTC title.