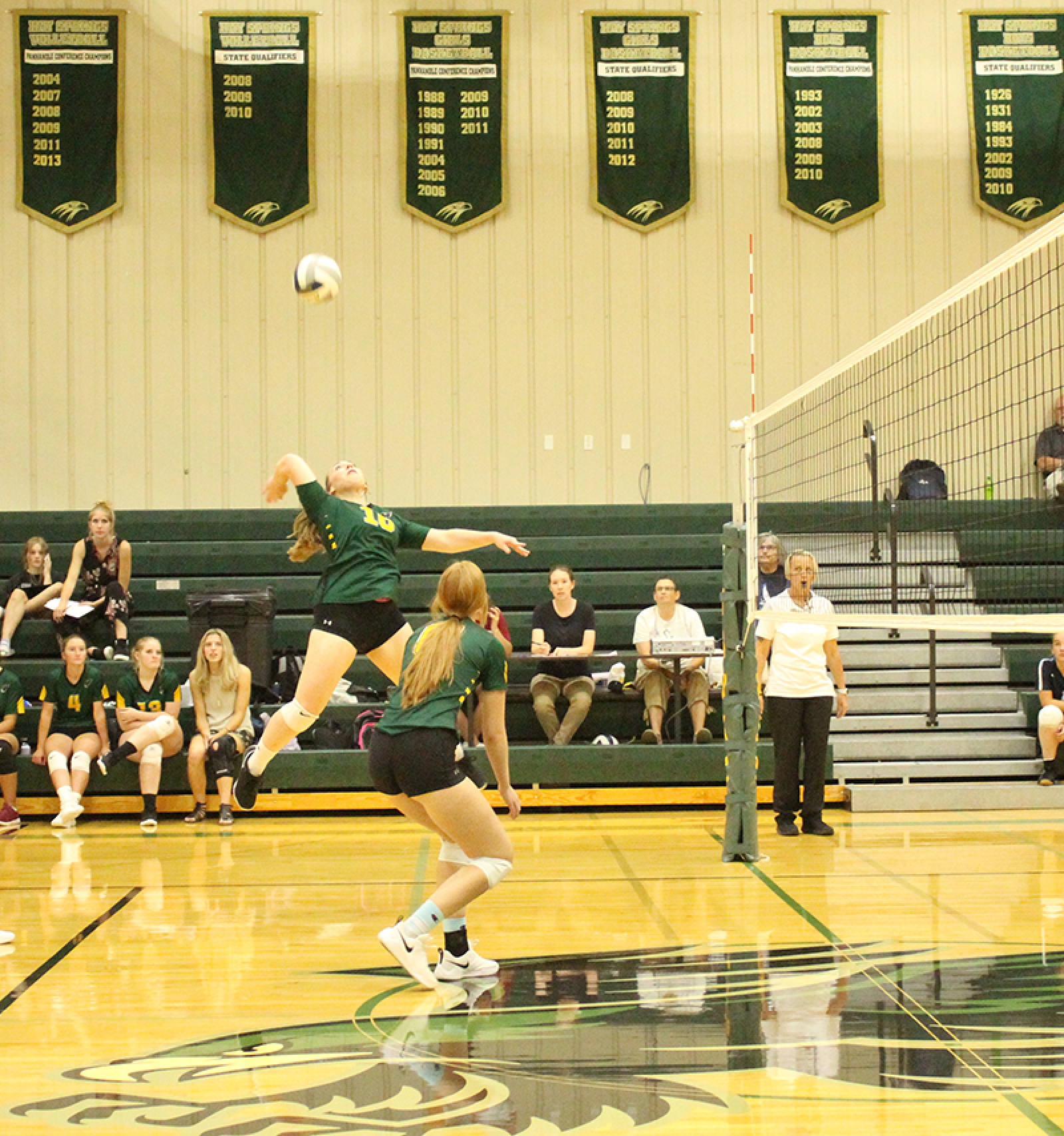 A pair of matches are in the books this week for the Hay Springs Volleyball team. The Hawks hosted their first home Triangular on Tuesday, August 31 and finished the day with a split record of 1-1.

The first opponent of the Tri were the Banner County Wildcats (0-2).

The Hawks jumped out early in the first set and never looked back, downing the Wildcats 25-9 and 25-14.

Sophomore Gabby Twarling paced the offensive attack with 3 kills and 10 aces. Junior Samantha Toof backed up Twarling with 2 kills and 5 aces in the match.

After the victory over the Bobcats, a match-up with the Garden County Eagles (3-1) was waiting for the Hawks.

The Eagles came out hot in the first set, downing the Hawks 25-9. The second set was much more competitive but the Hawks found themselves on the short end, 25-22.

“Against Garden County, we came out very flat which I was afraid would happen,” said Head Coach Lisa Merritt.

“We played great the first 6 points or so and then we let Garden County go on two separate service runs where we just did not receive the ball well at all,” she added.

The second set win gave the Eagles the sweep and handed the Hawks their first loss of the 2021 season.

Junior Breely Smith chipped in 3 kills in the loss.

After the first full week of the season, the Hawks find themselves sitting at 2-1 overall.

The schedule gets busy next week for the Hawks as they will head to Crawford for a Triangular on Tuesday, September 7. The Hemingford Bobcats will be the other team in the Tri.

On Saturday, September 11 the Hawks will head to Gordon-Rushville High School for another Triangular.

The Hawks will get back to work in the gym in preparation for the busy week.

“We will continue to focus on serve receive in the next few practices before next week and also concentrate on some communication drills to shore up some issues we had there,” added Merritt.

More in this category: « Mustang XC runs at 5 Rocks Amphitheater Cardinals hold off Mustangs for the 28-7 win »