American Horse makes it to State 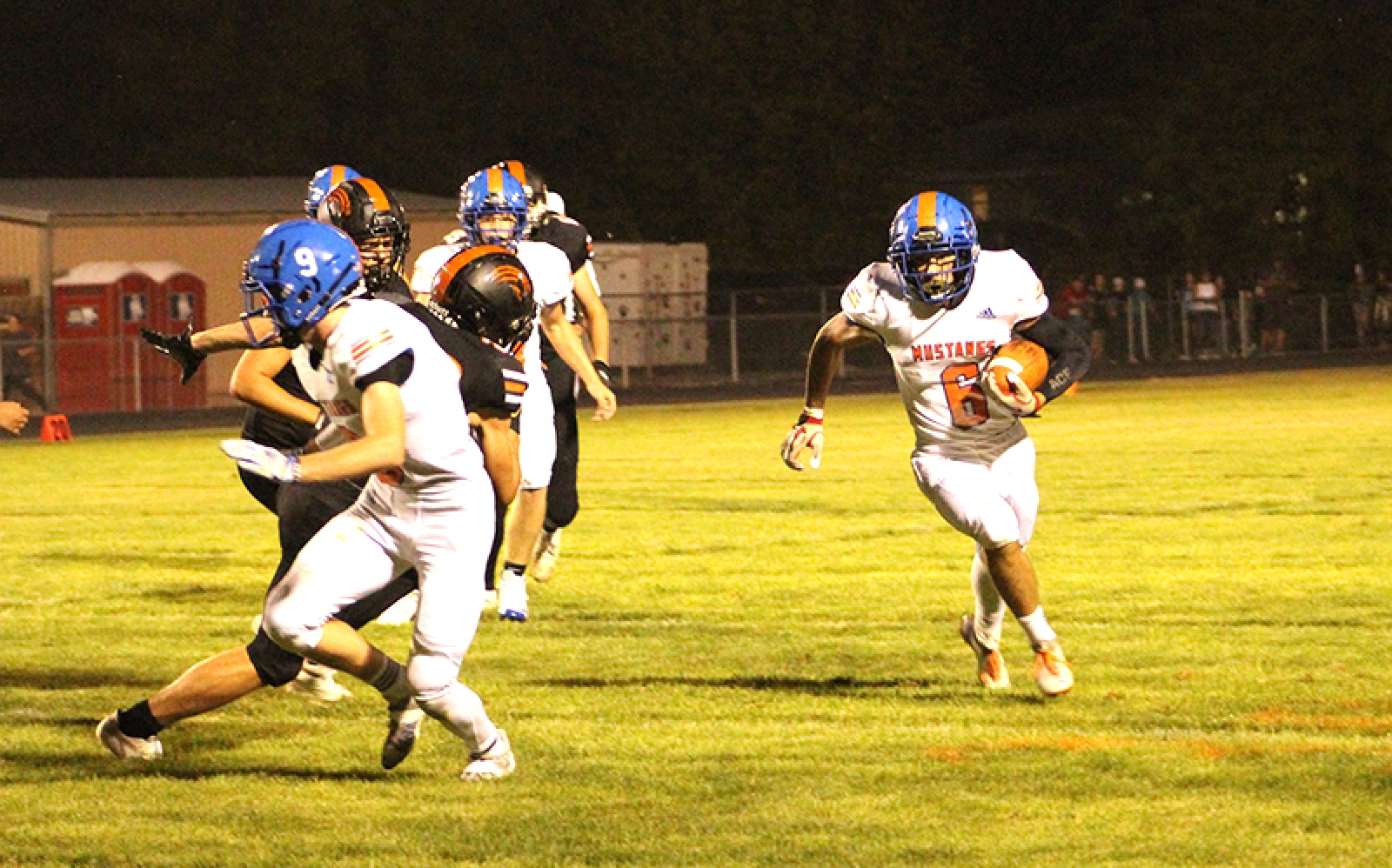 The Mitchell Tigers have been a thorn in the side of the Gordon-Rushville Mustang Football team for several years.

And the Tigers have been handling the Mustangs on the gridiron but the tide has turned in 2021.

The Mustangs jumped out to an early lead and were able to hang on to secure the win, 30-28.

For Head Coach Chris Jones, this game will be one he will remember for a while.

“Friday was an amazing team win and one of the best games I’ve ever had the experience of coaching,” said Jones.

“We weren’t perfect by any means, but we found ways to be successful,” added Jones.

This marked the first varsity win for Jones as the Head Coach for the Mustangs, pushing their record to 1-2 in 2021.

The Mustangs received the kick and marched right down the field and scored. Junior Carter Anderson scampered in from 9 yards out and gave the Mustangs an early lead.

Junior Michael Perez added a 21 yard field to push the lead to 10-0 Mustangs in the first quarter.

Things got very fast paced for both teams in the second quarter, as multiple players found the end zone. When halftime arrived, the Mustangs held the lead, 30-22.

In the second quarter, junior Jace Freeseman nabbed a 72 yard touchdown pass from Anderson, then senior Beau Child broke free for a 48 yard TD catch, and Anderson added another score on the ground with a 2 yard run to round out the second quarter scoring.

On their first possession of the third quarter, the Tigers marched right back down the field and scored, making the score 30-28. The Tigers went for the 2 point conversion but the Mustangs held. This play would prove to be pivotal as the score would end at the same place.

The Mustangs did not score in the second half but the defense held off the Tigers for the win.

“Our defense played outstanding and got it done for us,” said Jones.

“We knew that this game was going to be a challenge upfront but we’ve been in these situations for the last two weeks and rose to the challenge,” he added.

Anderson was 12/19 passing for a total of 225 yards and 2 touchdowns. Anderson also ran for 106 yards on 13 carries and another 2 touchdowns.

“Carter (Anderson) had to make a few off-schedule throws, but kept himself in a great position with his eyes downfield and showed us why he’s our starter,” said Jones.

His favorite target through the air was the junior wideout Jace Freeseman.

Freeseman caught 7 balls for a total of 144 yards and the touchdown.

“Jace Freeseman has been a big part of our scheme in the last few weeks and he really showed why this last game,” said Jones.

“His connection with Carter (Anderson) and their ability to find each other is what made the difference.”

Junior Donovan Fillmore was the bell cow for the Mustangs, taking 23 hand offs for a total of 87 gritty yards.

On the defensive side, seniors Logan Daringer and Drake Brewer set the tone. Each had six tackles a piece, including several key plays to secure the victory.

The Bennett County Warriors are next up on the schedule for the Mustangs on Friday, September 17. This also marks G-R’s Homecoming game.

Coach Jones is happy with the win but has already turned his attention to the Warriors.

“We are focused on getting the run game tuned up and getting all 11 working on the same page to create good lanes for the running backs to hit,” said Jones.

“We will continue to work on defense to tackle as best as we possibly can. If we can stay locked in on our technique and do our job for 4 quarters we should get it done this coming Friday,” he added.

Kickoff is set for 6:00 p.m. vs the Warriors at Gordon-Rushville High School. The Journal Star will have live coverage of the contest on their YouTube channel.

More in this category: « Hawks put together winning week on the Volleyball court