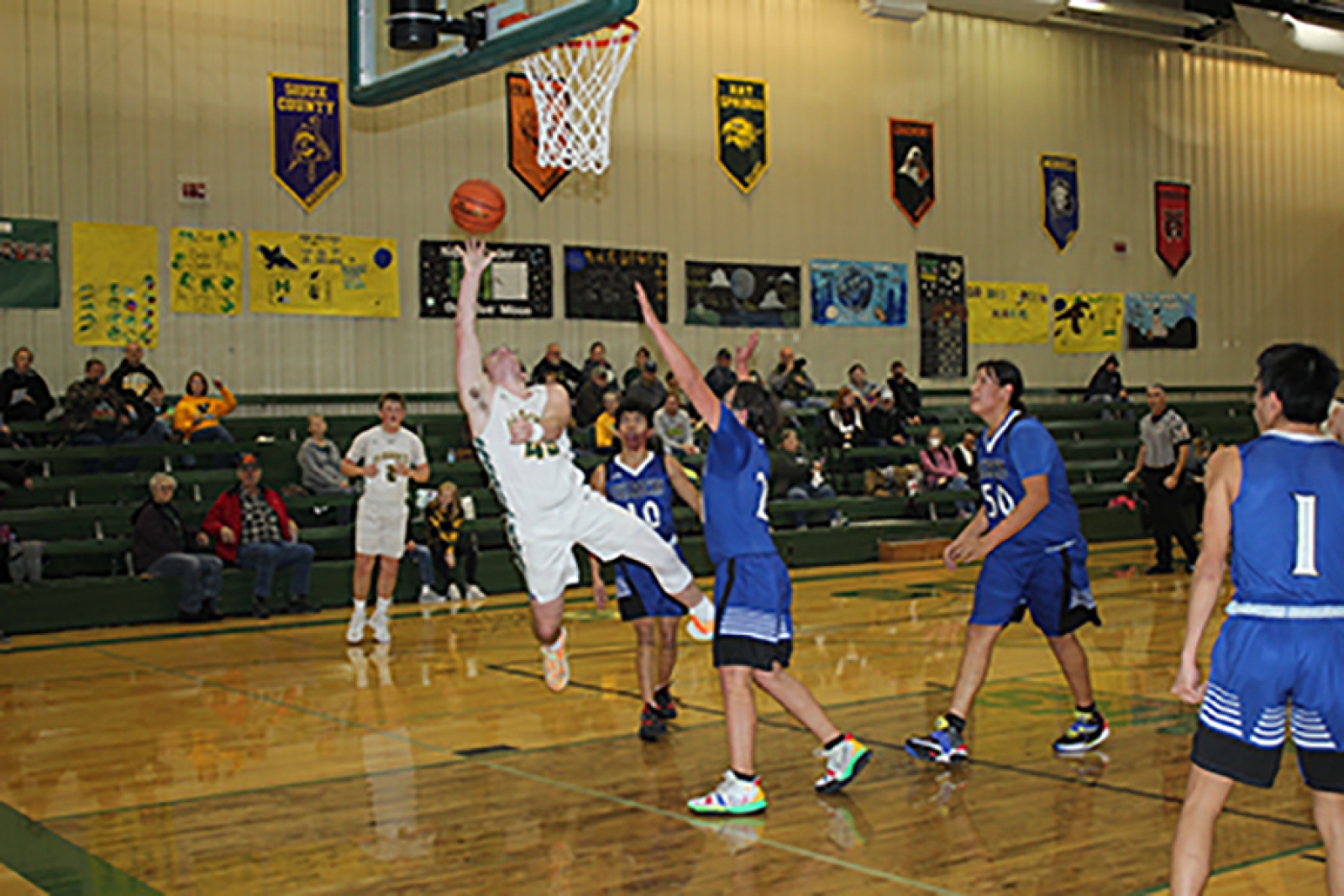 On a chilly, snowy January evening, the Oelrichs Tigers made the trip across the state line to take on the Hay Springs Hawks.

Even though the weather outside was quickly falling into the single digits, the action on the hardwood was hot.

The two teams battled it out, exchanging baskets until halftime in which the Hawks carried a 26-24 lead.

A huge third quarter from the Tigers, with most of the damage done with three point shots by sophomore sharpshooter Jaylen Rouillard, powered the Tigers to 42-32 lead heading into the fourth quarter.

The Hawks, led by their senior Logan DeCoste with 19 points, made a run in the fourth quarter but ultimately fell short, 52-46.

The loss knocked the Hawks to a 4-5 record while the Tigers improved their season record to 4-2 on the season.

Junior Toby Scherbarth had a solid game for the Hawks scoring 13 points and pulling down 12 rebounds for his second straight double-double.

Sophomore Gage Mintken added in 8 points of his own.

After the mid-week game with Oelrichs, the team traveled to Leyton to take on the Warriors in a road contest.

The 7-1 Warriors came out strong in this one, amassing a 23-12 lead at halftime.

The Hawks could not catch up the rest of the way, falling by the final score of 58-32.

Following the pair of losses this week, the Hawks will now turn their attention to a trio of games this upcoming week.

First will be a road showdown with their Sheridan County neighbors, the Gordon-Rushville Mustangs on Tuesday, January 11. They will follow that up with a another road game against Cody-Kilgore on Thursday, January 13.

And finally, the Hawks will return home to welcome in the Potter-Dix Coyotes on Saturday, January 15.